Raise your hand if you’ve ever heard that you need to teach something multiple ways so that you can address all the “learning styles” in the classroom. Go ahead. I’ll wait.

Well, I have some bad news for you and for whomever told you this…it’s not true. That’s right, the common understanding that different people have different learning styles isn’t based in research at all, but rather in some debunked theories from decades ago.

OK, so before we get into the research, I have to give you a warning: this is a major pet-peeve of mine. It highlights all of the issues with our current processes of distilling theoretical research into action for teachers and always reminds me that we have a major breakdown in that system. But don’t worry, I’ve made it my life’s mission to fix that and I’m starting today with “learning styles!”

This theory took off in the cognitive psychology world in the 1980s and 1990s. It made so much sense!  Some people are good at math, so they have “logical-mathematical” intelligence. Some people are good at music so they have “musical” intelligence.  A flurry of research was conducted on these intelligences. Researchers wanted to know if they were independent of each other? Predictive of future success? Can they be measured? Do they correlate with traditional measures of intelligence?

And what they found was that they were hard to measure, likely not independent, and predictive of nothing.

Most of the intelligences factor loaded (in psychometrics, this means one scale of questions can measure all the intelligences instead of requiring different scales) onto one or two scales.  Meaning, they were not distinct things, but actually just part of one big “intelligence.” Furthermore, they didn’t predict grades, or success, or happiness. Gardner’s theory had been disproven. In fact, in 2006, a review of the literature found “no evidence to support the validity of the multiple intelligences theory.”

Things like this happen all the time in science.  Someone has an idea, folks test it out, and it’s proven incorrect.  It’s how the scientific method is supposed to work. We collect evidence and either disprove or continue to refine an idea.  In this sense, everything went according to plan.

However, by the time scientists had moved away from the idea of multiple intelligences, educators had already integrated multiple intelligences into all facets of their work.  Publishing companies had entire curricula written around the idea that you have to teach to all eight intelligences in order to reach everyone in the classroom. Teachers were being asked to come up with a way to teach calculus using naturalistic and kinesthetic examples.  Over time, all of these intelligences ended up getting boiled down to four or five “learning styles” which were touted as the way to ensure that every child in your classroom learned.

The filter that happens in science where people take a good idea and ask for evidence before they accept it wasn’t happening in schools of education. In part, it was because the multiple intelligences theory felt good. It made us feel like each person was special and had their own way of learning, and in some ways, this part is true. Individuals bring different background knowledge and cultural understanding to the classroom that changes the way they interact with and think about the material, but they don’t bring different intelligences and they don’t have different learning styles. In fact, when students were asked to learn material in their preferred learning style and in a different learning style, they did equally as well.

What the “learning styles” fad did do was ask people to think about multiple modalities. Multiple modalities is teaching something multiple ways so it can be encoded more than once. For instance, maybe you teach the order of operations with a diagram, and a song, and by showing it in a multimedia presentation. What this does is it allows students to encode the information in multiple ways, strengthening the neural connection to it. This makes recall easier because then more than one thing can jog your memory. Although this practice is touted as “reaching each student’s preferred learning style” what it is actually doing is helping all students recall the information by making more than one neural connection to it.  Presenting information in multiple modalities literally grows your brain!

And as a bonus (and because we are an organization committed to improving equity for English learners) teaching with multiple modalities is a best practice for English learners as well! This is because it allows the student multiple ways to understand the material independent of the language around it.

All in all, this tale turned out okay, but it does suggest that we should not take everything that is “research based” at face value and instead dig a little deeper to find out the quality of that research before we act on it.

Most Teachers Believe that Kids have Different Learning Styles: Here’s why they are Wrong – Washington Post 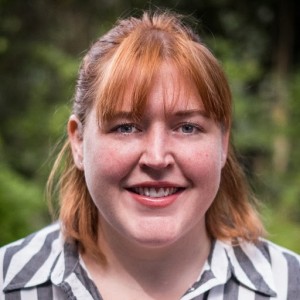 Dr. Leigh Mingle is the Senior Director of Research and Data Analysis at Ensemble Learning. Continue the conversation with her at lmingle@ensemblelearning.org.
All Posts »
PrevPreviousGrowth Mindset: Not Just for the Kids
NextFirst Semester is Over! Now What?Next